World's oldest known wild bird has another chick at age of 70.

Wisdom the albatross, the world's oldest known wild bird, has had a chick at the age of at least 70.
The Laysan albatross hatched the chick on 1 February in a wildlife refuge in the North Pacific Ocean,
Laysan albatrosses usually only live for 12-40 years. But Wisdom was first identified by researchers in 1956.
The father is Wisdom's partner, Akeakamai, who she has been with since 2012, US wildlife officials said.
Albatrosses usually mate for life, but it is believed Wisdom had other partners in the past that she outlived. 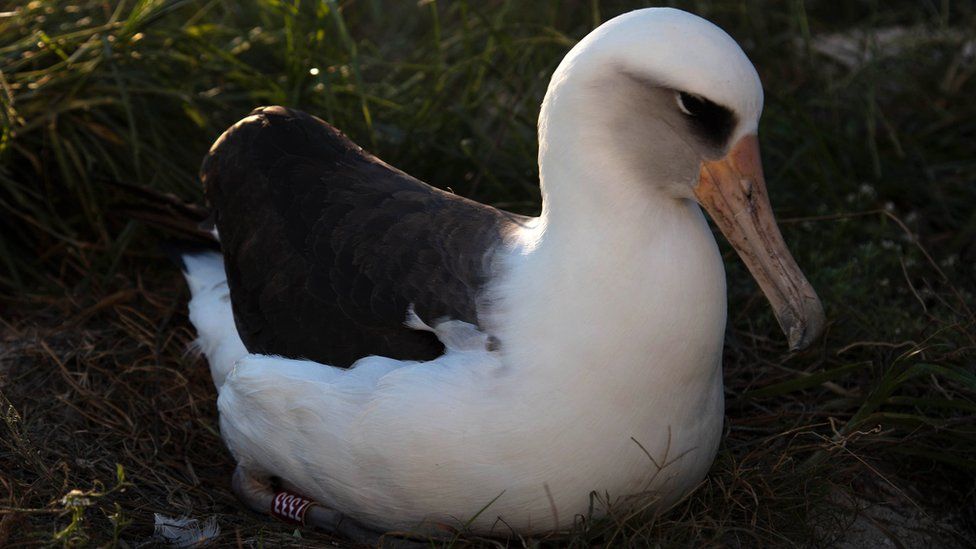 Wisdom laid her egg in November
Although Wisdom hatched her chick in February, in the Midway Atoll national wildlife refuge, in a US minor outlying island in the North Pacific, it has only been reported this week.

"Wisdom laid her egg sometime during the last few days of November," the USFWS wrote in its statement announcing the new arrival.
"Soon after, Wisdom returned to sea to forage and her mate Akeakamai took over incubation duties. Albatross parents share incubation duties and once the chick hatches, share feeding duties." 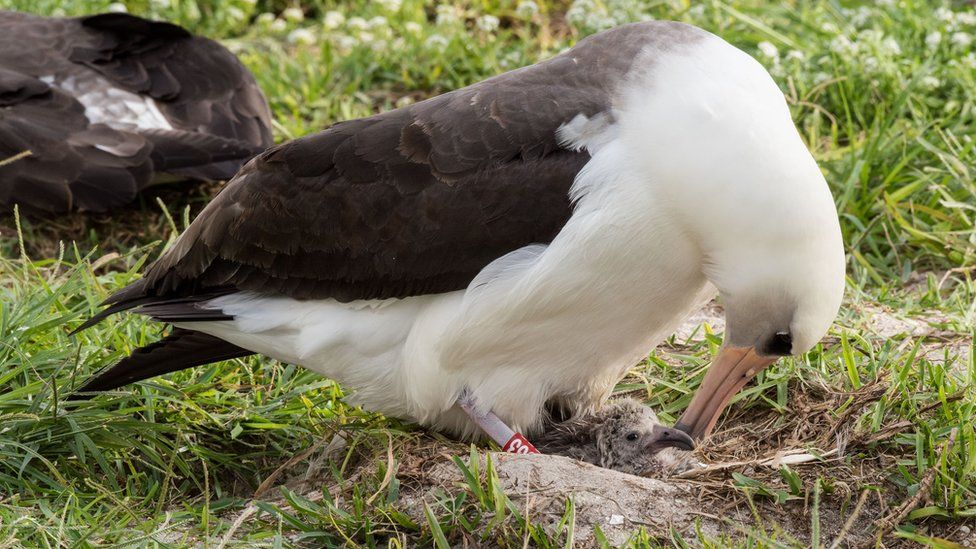 Albatrosses mate for life and share parenting duties
The USFWS believes she has had at least 30 to 36 chicks in her lifetime. Albatrosses only hatch one egg every few years.
The Midway Atoll wildlife refuge is home to the largest colony of albatross in the world.
H