An estimated 160 million Covid-19 vaccinations have been administered so far globally, but most of that has been in the US and Europe.
In the Asian region, vaccination programmes are steadily progressing in places like India which says it has administered around 14 million doses since January.
In other countries, however, vaccine programmes are either yet to begin or are still at a very early stage. The reasons for this have been varied - ranging from an abundance of caution to high levels of vaccine scepticism.

Fear and misinformation
In the Philippines, many still recall the scare around the vaccine Dengvaxia - introduced in 2016 to inoculate against dengue fever.
Two years later it was suddenly suspended due to fears of side effects when some children who received it died.

The country's health secretary was prosecuted leading to a massive controversy. Public health officials say the incident led to a surge of vaccine scepticism that threatens to hijack the country's plans to use the vaccines as a way out of the pandemic.
A recent survey suggests that just 19% of Filipinos - or one out of five adults - are willing to be inoculated. Apart from that, a bulk of the vaccines themselves are yet to arrive in the country.
Shipments of China's Sinovac vaccine arrived in the country on 28 February - the first shipment to reach there. The country authorised its emergency use a few days before it arrived. 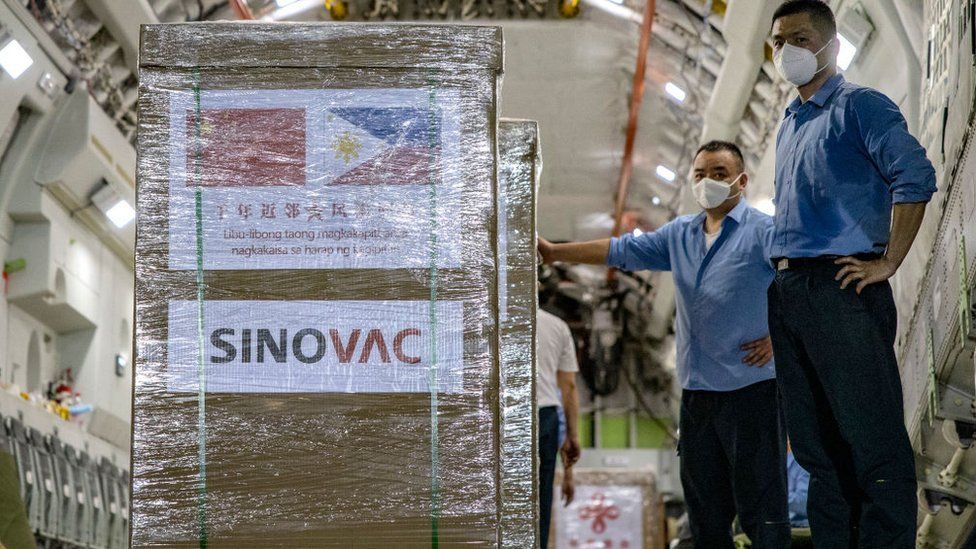 According to Virma Simonette in Manila, the drive was supposed to have begun on 15 February but this did not happen when shipments of Pfizer-BioNTech and AstraZeneca - both approved for emergency use - did not arrive in time.
AstraZeneca finally arrived in the country on 4 March.
In Pakistan too, fear is a factor - but this is largely down to misinformation and some particularly effective viral videos.

In one viral video from 2020, a private school teacher is shown shouting frantically and gesturing to a group of boys who are seemingly passing out. He blames the polio vaccine, saying that the children are "unconscious" and berates officials for "forcing" them to administer it. A mob burned down a clinic as a result.
The video and others like it have long contributed to the declining rates of polio vaccination in the country. Even though they have been debunked and removed from social media, millions had already watched them.
The fallout has unsurprisingly affected plans to vaccinate the population against Covid as well. One report quoted a doctor in Peshawar as saying that on the first day of the vaccination drive, about 400 health care workers were supposed to get the jab, but only about a dozen showed up.

media captionPolio campaigners in Pakistan battle misinformation and distrust
A cautious approach
In other Asian countries, where vaccine programmes are just getting off the ground, officials and experts say that's down to caution rather than hesitancy. Many of these nations have been largely able to control the pandemic and feel they have the luxury of time.
Catherine Bennett, an epidemiologist at Australia's Deakin University, was quoted by the Associated Press news agency as saying by waiting, these countries have been able to get data on things like what happens in cases of accidental overdosage, and how it impacts pregnant women without exposing their own populations to the risk.
South Korea's Prime Minister Chung Sye-Kyun reiterated this when he defended his government's late rollout - it began vaccinations on 25 February - by saying it was deliberately done to see how the vaccine had fared elsewhere.

"You know that Koreans are the master of speed," he told the BBC's Laura Bicker in Seoul.
Other countries in the region - Singapore, Cambodia, Vietnam - have seen similar comments about the importance of "waiting" made by officials.
Despite the delay though, many of them hope to begin vaccinating in earnest. South Korea for instance, is aiming to archive herd immunity by autumn. 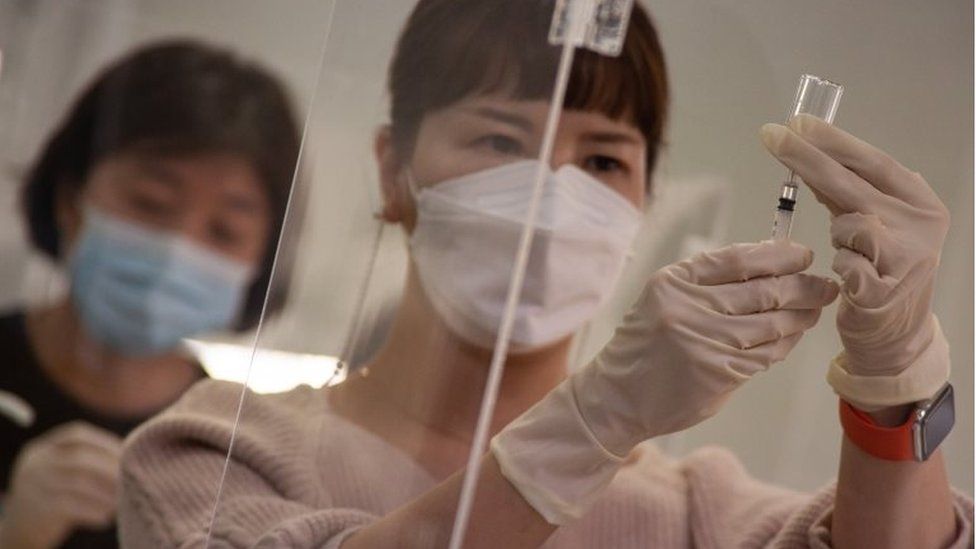 The first inoculations against coronavirus in South Korea only began in late February
Thailand will only begin vaccinations in March but says it hopes to vaccinate half its population by the middle of the year.
And Singapore which has vaccinated around 250,000 people despite procuring enough jabs for its entire population, says it will ramp up its programme by the end of April.
Vaccine hesitancy
In Japan, where a successful drive is being seen as crucial to the country's chances of successfully hosting the Olympics as planned, vaccine hesitancy has long been a problem. The country has one of the lowest rates of vaccine confidence in the world.
In the early 1990s a measles, mumps and rubella inoculation was suspected to leading to higher rates of aseptic meningitis. No definitive link was established but the shots were discontinued from use. 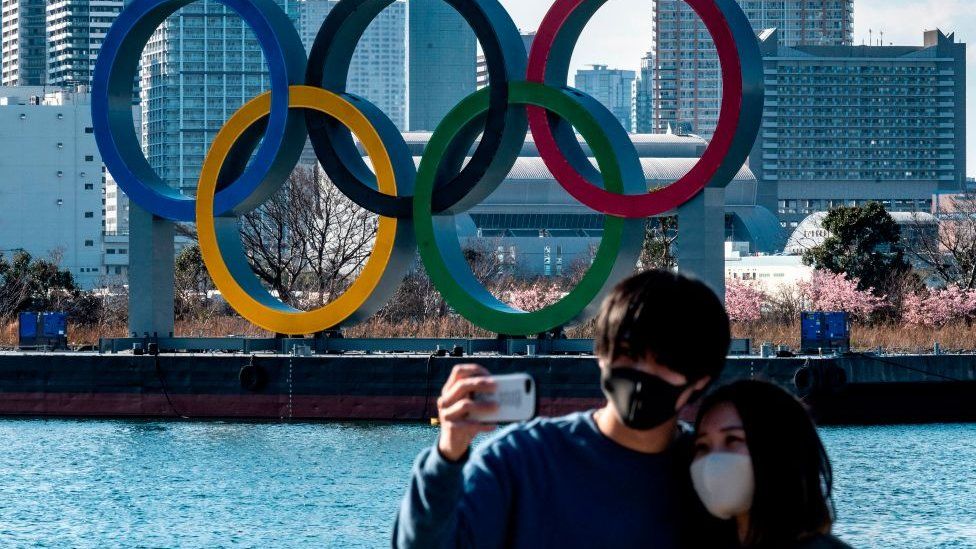 The vaccine drive is crucial to Japan's plans of holding the Olympics as planned
Dr Riko Muranaka, a researcher with the Kyoto University School of Medicine, feels there has been a lack of a cohesive strategy to explain the importance of the vaccine to the public, but also that the "sensationalist" headlines on vaccine mishaps in the past have had a similar effect as the more recent online-driven "anti-vaxxer campaign".
Gaining public trust for such an essential campaign has been deemed so important that Japan actually delayed approving vaccines like the one from Pfizer.
After the company reported the results of its phase three trials, the US and UK immediately authorised it for use in early December. But Japan insisted on additional testing and only began vaccinations on 17 February.
Dr Muranaka told the BBC that the pandemic not hitting Japan as hard as many other countries also meant that people really didn't see the "point" of getting the vaccine, though she feels that sentiment has changed for the better.
"But now after seeing how many people have taken it with very few adverse effects, they are more willing."
She believes that sentiment has shifted significantly very quickly, perhaps in the last three weeks of February as more countries began mass vaccination drives.
H