Is burqa banned in Sri Lanka?

In Sri Lanka, the government has taken an important step in banning burqas and other forms of covering the face in public places on the grounds of national security.
Public Security Minister Sarath Verasekara has told the BBC that he has passed a cabinet order in this regard and now only needs parliamentary approval.
Authorities expect the ban to be lifted soon.
The move follows a series of organized attacks on churches and hotels on Easter Sunday in the country two years ago. In April 2019, suicide bombers struck several cases, killing more than 250 people. The so-called Islamic State terrorist organization claimed responsibility for the attacks.
Authorities were temporarily barred from covering their faces when authorities tried to track them down. Now the government is going to make the ban permanent. 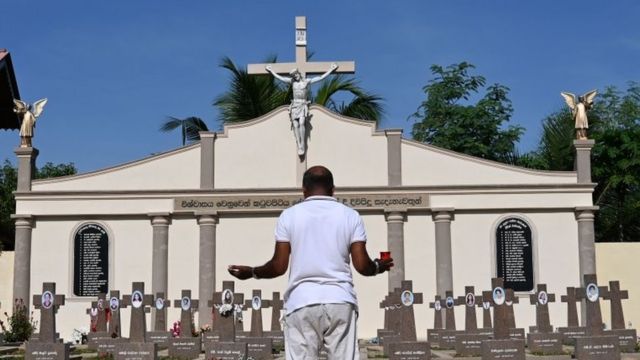 It may be recalled that recently another issue regarding Muslims in Sri Lanka had become controversial.
In Sri Lanka, it was legal to burn the bodies of those killed by the coronavirus, regardless of their religion. There was great concern in Sri Lanka's Muslim, Catholic and Buddhist communities.
However, following the recent visit of Pakistani Prime Minister Imran Khan, the Sri Lankan government has changed the order to cremate the bodies of those infected with the corona virus and now the last rites, burial and cremation of these people, Can be paid both ways.
'It is a symbol of religious extremism
Speaking to the media recently, Sarath Verasekara said that the burqa is a symbol of religious extremism. He said it was affecting national security and should have been imposed earlier.
He also said that the government intends to ban 1000 madrassas which are not in line with the national education policy.

"Not everyone can open a school and teach children whatever they want," he said. It must be in line with the government's education policy.
He said that most of the unregistered schools only teach the Arabic language and Qur'an which is not a good thing.
Helmi Ahmed, vice-president of the Muslim Council of Sri Lanka, said: "If the authorities have a problem identifying people in the burqa, no one would mind taking it off for identification. "Everyone has the right to cover their face," he said. "It should be viewed from a rights perspective, not a religious one."
He said that most of the madrassas are registered with the government. He thought that perhaps five per cent were unregistered and could be prosecuted. 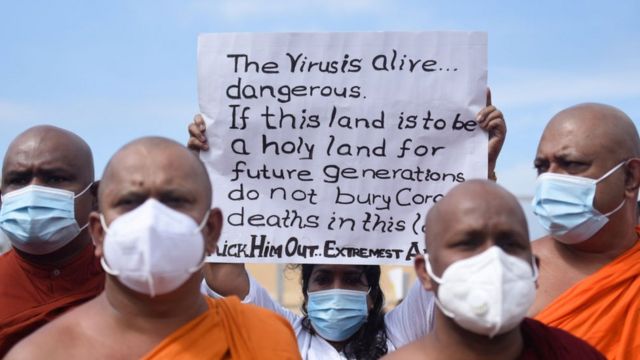 All this comes at a time when Sri Lanka is seeking the support of OIC members through Pakistan at the 46th session of the UN Human Rights Council, where Sri Lanka has been accused of violating the religious rights of Muslims. Is facing a charge of infringement.
Sri Lanka is also under pressure from the international community to hold those responsible for human rights abuses during its 26-year-long civil war accountable.
The civil war, which lasted from 1983 to 2009, killed more than 100,000 people, most of them from the country's minority Tamil community.
D

The ones responsible for banning the burqa are the liberals who run my body at will by wearing Linda's jeans and some of them are the sectarians who are bringing the burqa and Islam into disrepute.
Well, the burqa is banned. If the rest of the Islamic dress is not banned yet, then live.
F

There is a regular pre-plan agenda against Muslims all over the world, especially where Muslims are in the minority.
But the Messenger of Allah (peace and blessings of Allah be upon him) said that Islam will prevail before the Day of Resurrection, even within the last corner of the world and within the last house.
H

This is a difficult time for Muslims. Islamists are being walled off all over the world. Then they are barking like dogs as to why extremism is on the rise.
H

Most countries in the world are now moving in that direction. Muslims do not integrate into any society and maintain their separate identity. It is a time of consensus and debate. Muslims in Europe are talking to the government about maintaining religious distinctions for themselves, such as wearing a scarf or beard in uniform or allowing the call to prayer in a mosque. Asia does not have a tendency for dialogue and tolerance, so extremism is shown on both sides. And angry Muslims and foolish acts that create problems for others.
You must log in or register to reply here.
Share:
Facebook Twitter Reddit Pinterest Tumblr WhatsApp Email Link
Top