How whales help cool the Earth.

The world's largest animals are unusually good at taking carbon dioxide out of the atmosphere.
Seeing a whale stranded on a beach often provokes a strong reaction. It can make people curious – beached whales can do strange things, like explode. It can also be upsetting to witness a creature so magnificent in water reduced to lifeless blubber on land. What rarely registers, however, is the lost opportunity for carbon sequestration.
Whales, particularly baleen and sperm whales, are among the largest creatures on Earth. Their bodies are enormous stores of carbon, and their presence in the ocean shapes the ecosystems around them.
From the depths of the ocean, these creatures are also helping to determine the temperature of the planet – and it's something that we've only recently started to appreciate.
"On land, humans directly influence the carbon stored in terrestrial ecosystems through logging and the burning of forests and grasslands," according to a 2010 scientific paper. "In the open ocean, the carbon cycle is assumed to be free of direct human influences."
But that assumption neglects the surprising impact of whaling.

Whales are not only valuable in death. The tides of excrement that these mammals produce are also surprisingly relevant to the climate
Click to expand...

Humans have killed whales for centuries, their bodies providing us with everything from meat to oil to whalebone. The earliest record of commercial whaling was in 1000 CE. Since then, tens of millions of whales have been killed, and experts believe that populations may have declined from anywhere between 66% and 90%. 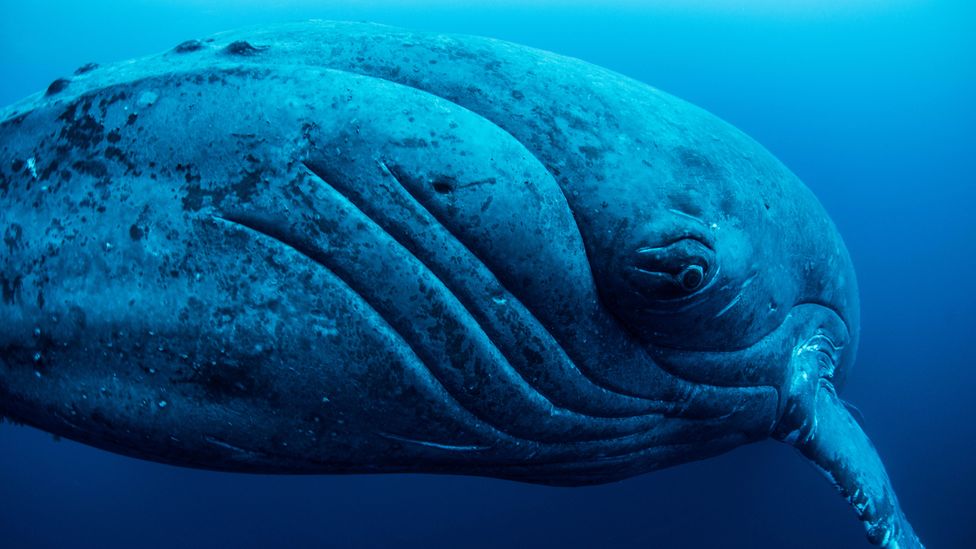 The bodies of whales, among the largest creatures on Earth, are huge stores of carbon (Credit: Alamy)
When whales die, they sink to the ocean floor – and all the carbon that is stored in their enormous bodies is transferred from surface waters to the deep sea, where it remains for centuries or more.
In the 2010 study, scientists found that before industrial whaling, populations of whales (excluding sperm whales) would have sunk between 190,000 to 1.9 million tonnes of carbon per year to the bottom of the ocean – that's the equivalent of taking between 40,000 and 410,000 cars off the road each year. But when the carcass is prevented from sinking to the seabed – instead, the whale is killed and processed – that carbon is released into the atmosphere.
Andrew Pershing, a marine scientist at the University of Maine and an author of that study, estimates that over the course of the 20th Century whaling added about 70 million tonnes of carbon dioxide into the atmosphere. "This is a lot, but 15 million cars do this in a single year. The US currently has 236 million cars," he says.
But whales are not only valuable in death. The tides of excrement that these mammals produce are also surprisingly relevant to the climate.
Whales feed in the deep ocean, then return to the surface to breathe and poo. Their iron-rich faeces creates the perfect growing conditions for phytoplankton. These creatures may be microscopic, but, taken together, phytoplankton have an enormous influence on the planet's atmosphere, capturing an estimated 40% of all CO2 produced – four times the amount captured by the Amazon rainforest.
"We need to think of whaling as being a tragedy that has removed a huge organic carbon pump from the ocean that would have been having a much larger multiplying effect on phytoplankton productivity and the ocean's ability to absorb carbon," says Vicki James, policy manager at Whale and Dolphin Conservation (WDC). 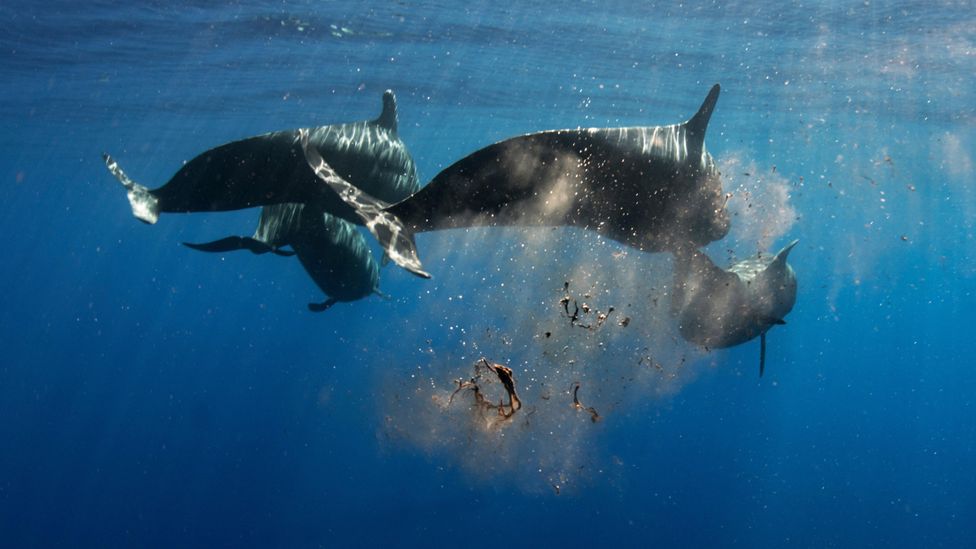 Whale poo is a powerful fertiliser for the ocean's phytoplankton, which have a large potential to capture carbon (Credit: Alamy)
The ocean's missing whales have had some unexpected impacts, too.
For instance, as whale populations declined, the orcas that predated them turned to smaller marine mammals like sea otters. The otters subsequently declined, leading to the spread of sea urchins, which munched away the kelp forests around the North Atlantic – with a knock-on effect on marine carbon sequestration.

The beauty of restoring whale populations is that there is plenty of space in the ocean – space once filled with whales
Click to expand...

What this means is that restoring whale populations to their pre-whaling numbers could be an important tool in tackling climate change, sequestering carbon both directly and indirectly, and thus helping to make a small dent in the enormous volume of CO2 emitted by fossil fuels every year.
There have been various other proposals for how to achieve this reduction, including tree-planting and stimulating phytoplankton blooms by adding iron to the ocean, a form of geoengineering known as iron fertilisation. But tree-planting requires a scarce resource: terrestrial land, which may already be in use as another valuable habitat or farmland. The beauty of restoring whale populations is that there is plenty of space in the ocean – space once filled with whales.
The resulting plumes of whale poo would also vastly outstrip the potential of ocean iron fertilisation. It would take 200 successful blooms per year to match the potential of a fully restored whale population, according to Pershing's study. 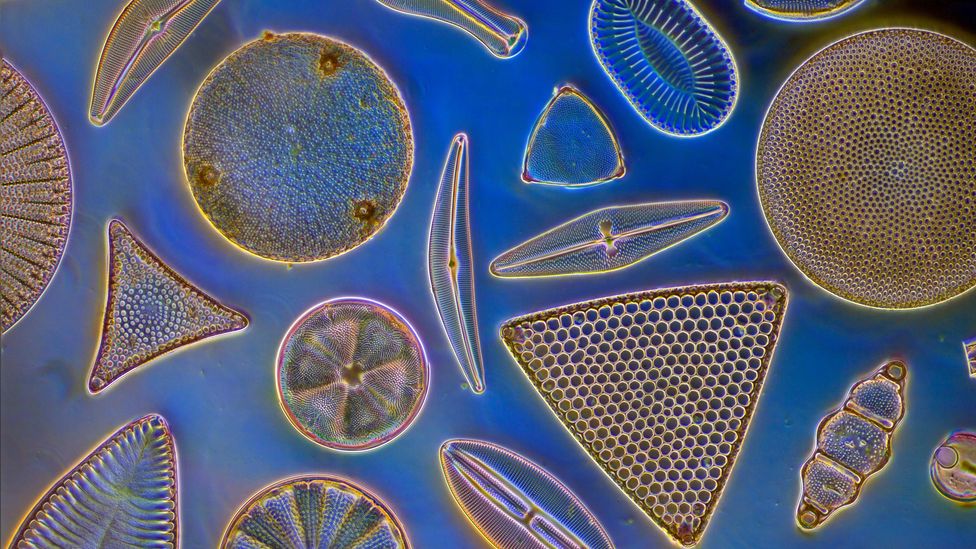 Marine phytoplankton capture carbon dioxide through photosynthesis, acting as a carbon sink (Credit: Alamy)
And, unlike with risky geoengineering techniques, the benefits would not just accrue to the climate, but to the whole ecosystem.
"Whale carcasses provide a unique habitat for deep sea species, many of which are only found on these 'whale falls'. Research has shown that a single skeleton can provide food and habitat for up to 200 species during the final stages of decay," says WDC's James.
In 2019, the International Monetary Fund (IMF) published a report looking at the benefits of putting whales back in the ocean. And they did it in a way that politicians would understand: by putting a dollar value on it.
This study found that, when you add up the value of the carbon sequestered by a whale during its lifetime, alongside other benefits like better fisheries and ecotourism, the average great whale is worth more than $2m (£1.48m), with the entire global stock amounting to over $1tn (£740bn).
The economists behind this study are now working on a project to transform this price tag from theory into reality, through a mechanism known as carbon offsetting. The idea is to persuade carbon emitters to pay a certain amount of money to protect whale populations, rather than invest in reducing their own emissions, helping them to achieve a neutral carbon footprint.
"What you're doing is valuing the service from the whales, because they're sequestering carbon dioxide," says Thomas Cosimano, one of the economists who co-authored the IMF paper. "It doesn't mean that whales aren't doing other things. This is just a benchmark we can use to establish a lower bound on what the value of the whale would be." 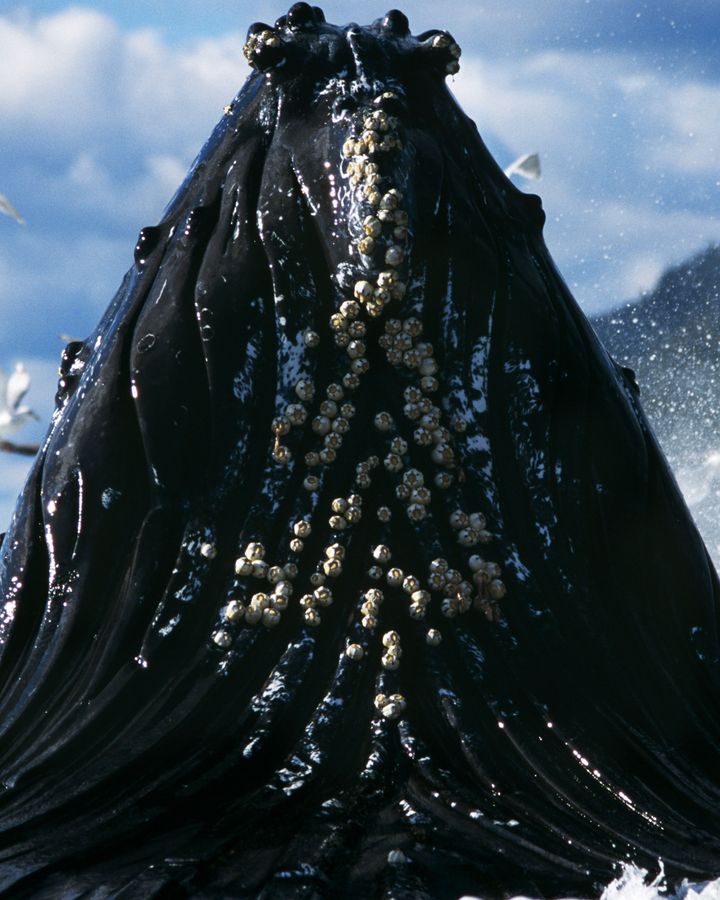 With the carbon-capturing potential of whales quantified, economists are devising an offsetting scheme centred on whales (Credit: Alamy)
It's a complicated scheme, but it's not beyond the realms of possibility: the team has been working on a similar carbon-market-based approach for protecting elephants from poachers in the central tropical forests of Africa, which is expected to be in place by the end of the year.
Already, a Chilean charity called the Fundación MERI is figuring out the foundations for a whale-based carbon market, installing early-warning acoustic buoys that will monitor the locations of whales and generate alternative routes for ships. It is believed to be the world's first project to protect whales because of the carbon storage that they provide.
The IMF study concludes that whale protection must now become a top priority in the global effort to tackle climate change.
"Since the role of whales is irreplaceable in mitigating and building resilience to climate change, their survival should be integrated into the objectives of the 190 countries that in 2015 signed the Paris Agreement for combating climate risk," the authors write.
Later this year, the UN climate conference will take place in Scotland, a country whose coasts regularly host species like minke and humpback whales. With a carbon market for whales now a real possibility, perhaps it's time to put these creatures on the agenda.
R

That’s amazing! Now I need to sponsor whales as well as plant trees!
A

There seems to be no activity that man has undertaken, past or present, that can be dragged into the "climate crisis".
Very few seem to appreciate that to date man has managed to survive by managing change.
Next thing will be someone estimating how much carbon dioxide was released by man when building wooden ships.
Sometimes I despair at all the "crap" that somehow becomes "climate news".
C

It is a new information that the whales absorb carbon from the sea surface ,store in their body and release at the bottom the sea ,They can store enormous quantity of carbon ,In one way the whales help to clean the atmosphere ,Therefore catching and killing the whales should be totally banned ,Whales are nature’s best friend.
H

Thought that was a pair of Raybans coming out of the water for a split second.
J

If we needed another reason to live whales!
R

Another extremely good reason to ban the hunting of whales.
Get on it scientists!
S

A) Whales are magnificent and should be protected, that's a given.
B) But lending them some earth saving powers as appears to be the thrust of this article is pitiful. Even if they were in much higher numbers the proportions involved don't really make for planet "saving" powers.
U

Such magnificent creatures should be treasured.

We are arrogant in our thinking and actions.
Z

Star Trek got it right.
A

Whilst the Japanese keep their whale preservation going we should be on to a winner then!?

And how Japan once again helps destroy the ENTIRE planet.
A

Watch
Seaspiracy
on Netflix where they explain this simply.
H

Japan needs to stop murdering them then !
I

And human are good to make carbon dioxide such stupid species we are .
M

"Neither wealth nor any other condition can last long if it is not based on truth and justice. There is no such reality: nothing in return for anything. Those who are wary of a new idea are doomed from the start. A closed mind does not recognize faith, courage and hope." Napoleon Hill.
My innovation is a new best idea to solve the world's problems, and it is met by President Joe Biden, Jeff Bezos, Bill Gates, and every clear-minded person.
It is based on truth and justice.
M

I love Sea too much. But thinking about Whales and Shark Sizes