Dell has announced four gaming monitors, three of which are curved, that are releasing in the US between late May and late June. Unfortunately isn’t sharing prices for them yet, but the company says that all of them support AMD FreeSync Premium or Premium Pro, as well as variable refresh rate (VRR). VRR should make them as good of a fit for consoles like the Xbox Series X and PS5 (though the latter console hasn’t actually received its promised VRR update yet). This feature limits screen tearing as the frame rate adjusts due to hits or gains to performance.
Starting off big, the company has a new 34-inch ultrawide, curved gaming monitor (pictured above, model S3422DWG) that has a 1800R curve, which won’t envelop your peripheral vision as much as Samsung’s extra-curvy 1000R Odyssey G9 monitor. This model will release first in China on May 7th, then North America on May 27th, and finally on June 22nd in Asia-Pacific regions. It has a WQHD (3440 x 1440) resolution, VA display with a 144Hz refresh rate. Dell touts that it has DisplayHDR 400, though that’s not the spec you should be looking for to provide a bright, vibrant HDR image. This one supports 90 percent of the DCI-P3 color range.

Dell’s also making a 32-inch curved QHD gaming monitor (model S3222DGM) that has a VA panel with a 165Hz refresh rate and a 2ms response time. It’s making a 27-inch version (model S2722DGM) that has the same specs, except it’s actually slightly more curved at 1500R than the 1800R 32-inch model. These will both release in China on May 7th, and availability will open up globally on June 22nd. 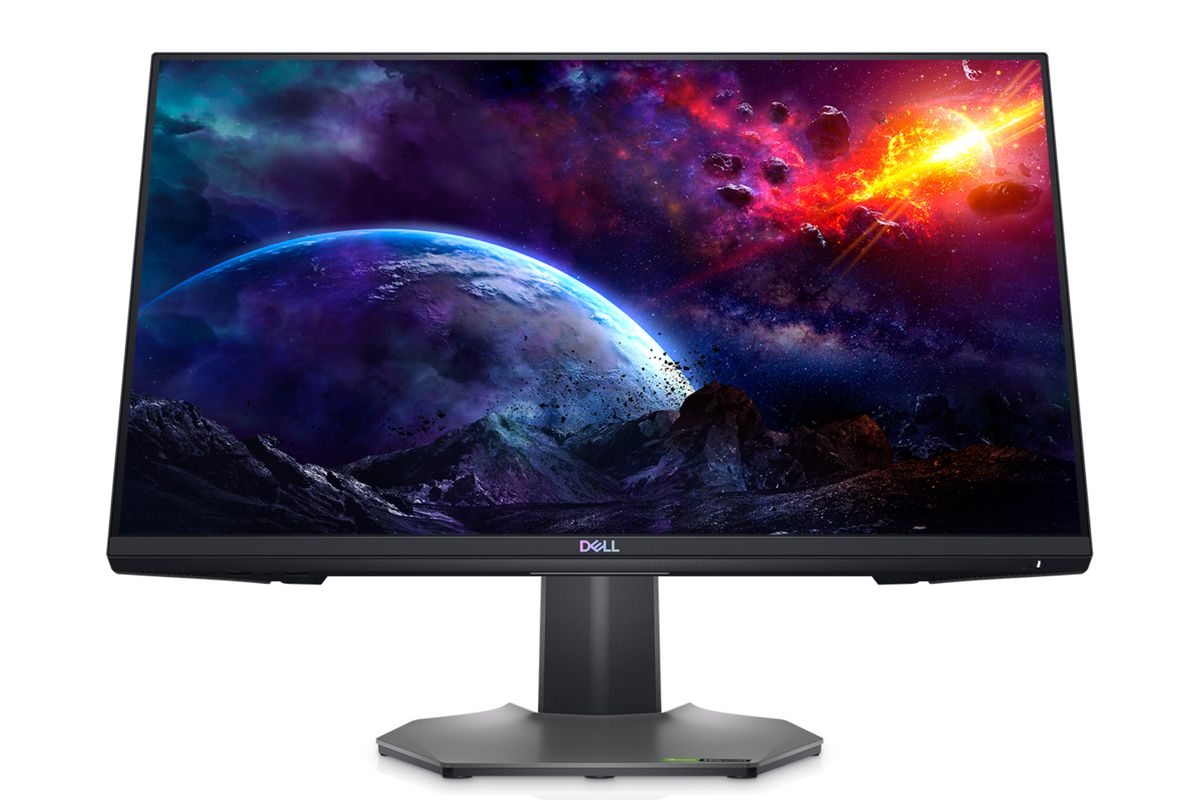 It might look similar to the last image above, but the fourth monitor being announced today might especially appeal to people who have an Nvidia graphics card. It’s a non-curved 24.5-inch FHD gaming monitor (model S2522HG) with an IPS panel with G-Sync compatibility in addition to FreeSync Premium. It has a 240Hz refresh rate and a 1ms response time. This one will release in China on May 7th, and it’ll be available in other regions on May 27th.
As usual, each of Dell’s new monitors has stands that offer a full range of motion, including height, pivot, swivel, and tilt adjustments.
H

Isn’t this essentially the same as their Alienware 34inch ultrawide monitors?
D

Just bought Dell’s 32-inch 2k curved gaming monitor a couple of weeks ago. The biggest monitor I’ve ever owned (and the first curved one). Quite disorienting for the first few days (coming from 1080p, 24-inch) but lord is it nice.
R

I felt that way when I switched to the LG CX 48 as my primary monitor. I wish it was curved, but it’s a TON of real estate for the price of an ultra-wide.
Z

Not sure of a monitor that "supports just PC and not consoles" so I don't see why this "supports consoles" is a big deal. Any FreeSync monitor will work on an Xbox, and as your article says, Sony has not enabled any option, but they SHOULD support FreeSync since I think maybe they learned by now that most of their proprietary formats fail. Anyway, cool monitor
N

Their current 32 in HDR one is pretty nice. And was on sale recently.
U